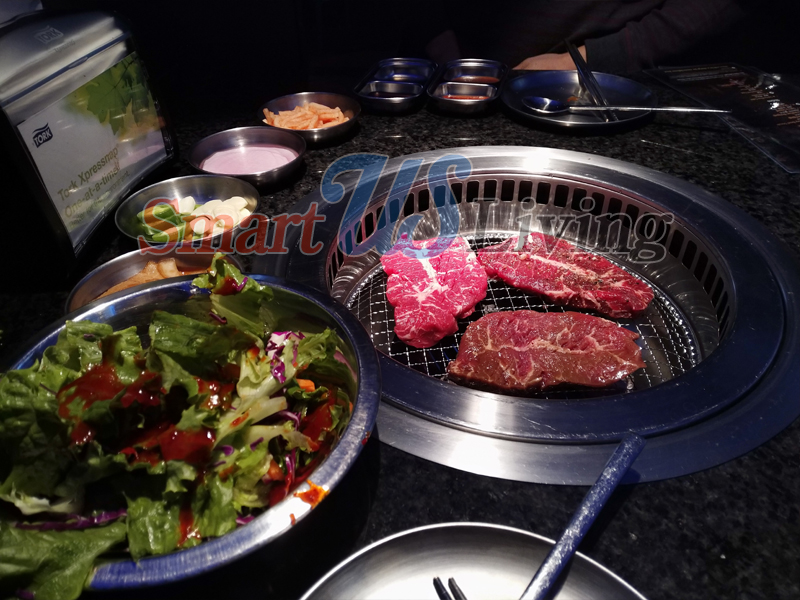 A new steak house(ALL YOU CAN EAT) has opened in Glenview, a suburb of Chicago. I saw in the newspaper that it opened at the end of 2019, but I haven’t been there, but I finally have a place to go.

The Korean Steak Buffet is priced from $25 to $30, so you don’t have to go there unless it’s a special day.

First of all, it is good that it is located in the Korean commercial district, which is popular in the suburbs of Chicago.

After eating at Iron Age, it is convenient to go to the nearby Korean bakery Tous Les Jours or Paris Baguette to eat dessert with coffee and cake, and then go to JoongBoo Market, a Korean mart to buy groceries.

The Glenview area has become a popular destination for Koreans in Chicago, both young and old.

Iron Age’s address is 4513 W Lake Ave, Glenview, IL 60025, and the menu can be found on the website.
ironagekoreansteakhouse.com/menu.

According to the website, Iron Age was a franchise restaurant that had already been opened in many places in the United States, including DISTRICT OF COLUMBIA, GEORGIA, and ILLINOIS.

When you open the door and step inside, it is modern and different from the typical buffet restaurant. Large screens are installed on the walls on all sides, showing videos of Korean idol groups. The music is also K-pop.

We ordered all kinds of beef, pork belly, steamed egg, and Spicy Rice Cake, and they were all delicious.

One thing to point out… I wanted to eat hot stew with the steak, but stews are not on the menu. 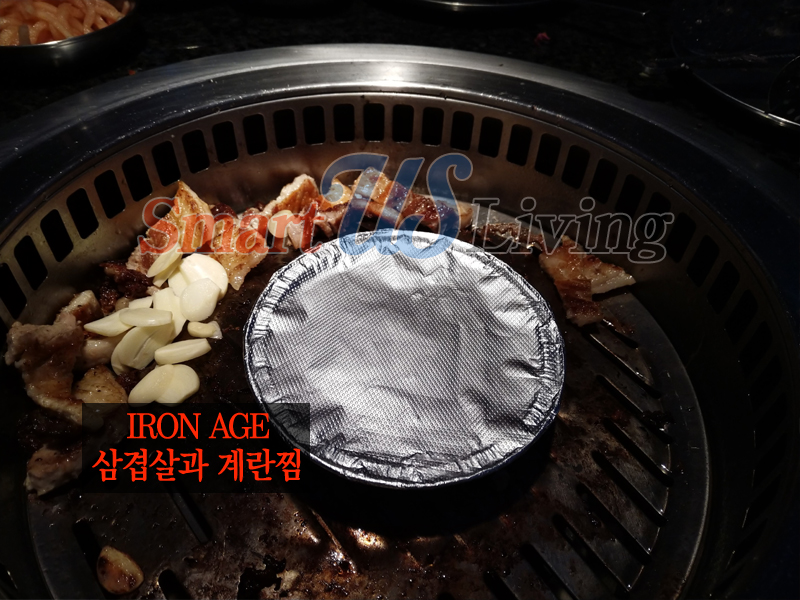 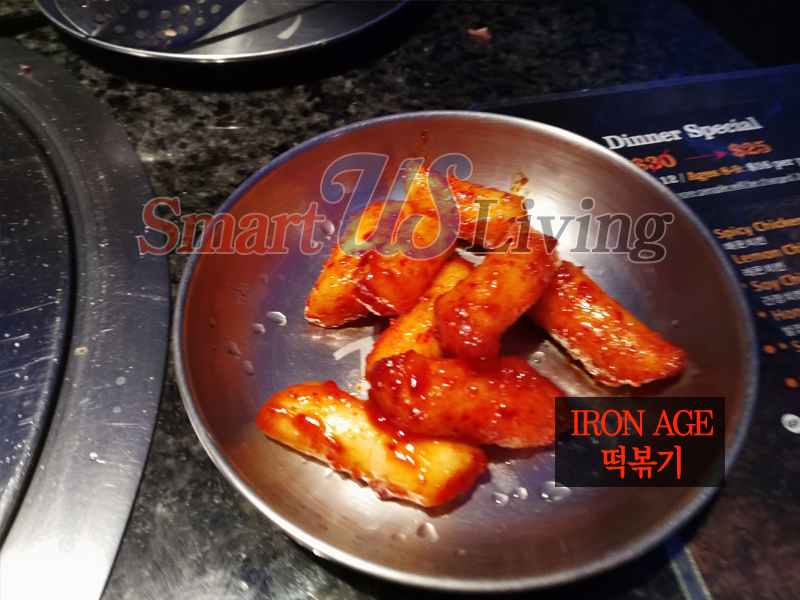 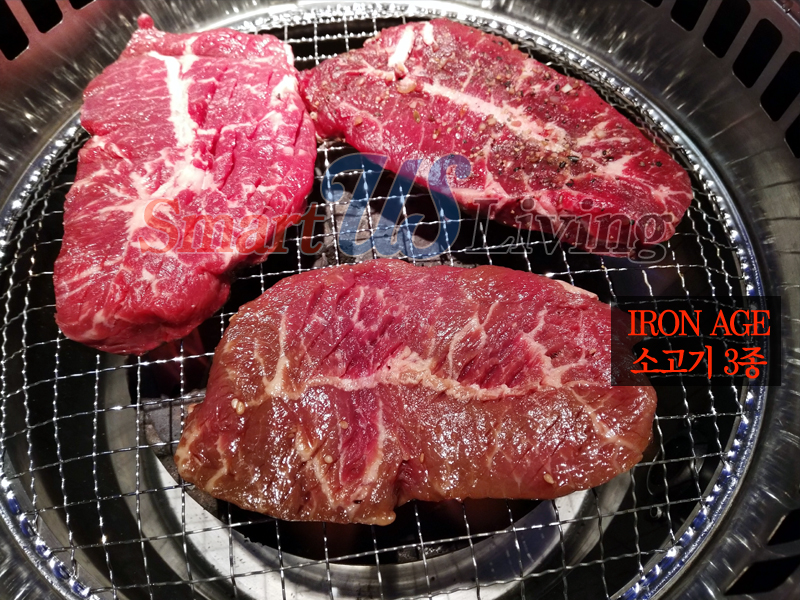 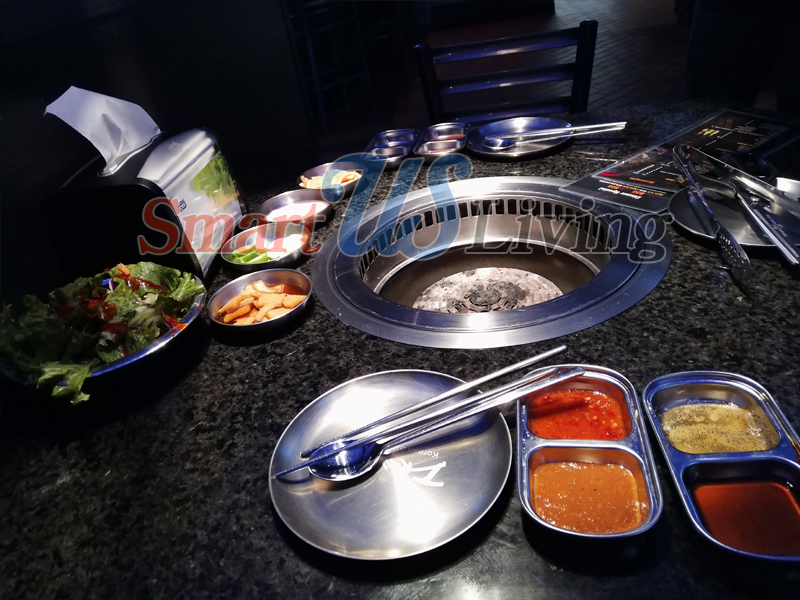